What if the Corona Virus COVID-19 did not come from a natural cause? What if it came from genetic manipulation? We are overpopulated, and we are already using more resources than the earth can produce. I'll let you think about it.

In France, the government and the media continue to spread the "virus of fear" on a daily basis. The hospitals are almost empty, and the vast majority of positive cases detected are asymptomatic. Be careful, if the PCR tests are really reliable. Which is not even certain! And we are told about vaccines..

We are certainly at a turning point. What's going to happen? This is a bit of the question that everyone is entitled to ask themselves every day. Do not let governments take away our fundamental freedoms in the midst of grand manipulation. Probably the greatest one in all of human history.

But, let's talk about music, maybe..

I resumed work on "Electronic Patterns" a few days ago, as I said it previously. I don't know yet how many tracks it will have, but probably more than my previous albums or EPs. I would like to publish between 10 and 12 titles, that would be really very cool.

Totaly new, done yesterday: an excerpt of "Welcome to The Core", the bridge.

I also have things already released, but not yet on the streaming platforms. For example, the "Nightmares" essay that I would like to bring out exactly for Halloween 2020. Probably renamed accordingly. I don't know yet. Either way, a ton of material is on hold. I will probably also release "Moon Dance" from the future Album: "Electron Rock" as a single, on all platforms too.

I have a whole bunch of projects on standby. Once "Electronic Patterns" is finished, I could concentrate on all these projects again.

Some stuff to listen.

An album on which I have been working for over a year which has for theme a meeting of the third kind, abductions and aliens in music. An ambitious project. Which will run like a Story Board

In a post apocalyptic world, machines wake up, and become aware.

And more.. waiting a project.

Today you have some choice to explore in my music creation. Pick one! I hope you will enjoy it. I wish you a fantastic week!

Support my music by a donation: https://cointr.ee/solarphasing 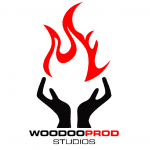 "Alone Together": Jean Michel Jarre World Premiere!
What kind of Music Links to share on ReadCash?
After The Bitcoin Cash November 15 Fork, what?