The Simplest Reason against the IFP

Written by
SeanBallard
SeanBallard
65
Starving the State through Self-Ownership. One individual at a time. #Agorism #Education #... [more]
7 months ago

It's part of Hayek's thesis that formulated his work, The Fatal Conceit [of Socialism].

If we render funds earned & owned by the many Miners unto a single institution that wishes to organize these resources towards the development of the underlying BCH protocol? I believe this falls under the category of Central Planning.

Part of The Fatal Conceit of Central Planning inherent in socialism is the lack of ownership over the diligent distribution of resources as a decentralized process, which Hayek called spontaneous order. Such is the maxim, nobody watches over their property better than themselves. And, if it is in the Miners best interest to fund developers? It should be made apparent in the developers effort to procure funding. Typically done through a pitch deck, marketing/sales effort, through a legitimate value proposition. Not simply granted via a fixed amount to a central organization because they have the best intention of the BCH chain in mind

This is not to say that certain Dev groups & organizations don't have the best interest & intention of the BCH blockchain in mind. In fact, I think vast majority of influential contributors do. But granting intentions as enough sets a bad precedent, & lacks the feedback mechanism of taking ownership over this process towards actually being productive in the BCH blockchain's development. How this gets solved for, is via accountability/ownership of those individuals which voluntarily contribute their own resources towards benefitting BCH. They will make sure that these resources produce benefits better than if this responsibility were stripped from them via a centralized funding mechanism. Thus, given this lack of eyes & accountability on the development, the results of a centralized mechanism can be expected to be less productive than a funding mechanism which inherently has more eyes & accountability over the project. Delegating this responsibility to a central organization without a negative feedback mechanism is fertile ground for corruption & complacency, such as we see in any placement of a Government.

To the developers, I understand your plight. Marketing is hard. It sucks. Nobody likes having their intentions & competency attacked, & having to feel like they need to defend them, especially when you know both to be more than adequate. But, these marketing efforts are necessary proving grounds for demonstrating your competency & intentions. This is truly the only sustainable & effective model for funding such infrastructure that is meant to maintain an open-source/public Blockchain that is to service the many humans across the world that are in need of a stable, reliable, functional, hard money that a centralized party cannot tamper with.

All that said, here's to continuing the development & adoption of a Peer-to-Peer Electronic Cash System for the world, and keeping this ecosystem alive & healthy!

Sponsors of SeanBallard
empty
Become a sponsor
Get sponsored
2
$ 30.00 from @molecular 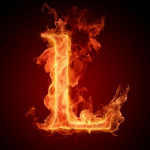 Written by
SeanBallard
SeanBallard
65
Starving the State through Self-Ownership. One individual at a time. #Agorism #Education #... [more]
7 months ago
Enjoyed this article?  Earn Bitcoin Cash by sharing it! Explain
...and you will also help the author collect more tips.

Why is BCH a fraction of the BTC price?
The Arbitrary Rule of Amaury; the Rhetoric & Actions of a Dictator?
10 Points for Radical Transparency> Radical Privacy; a means for achieving individual liberty