read.cash is a platform where you could earn money (total earned by users so far: $ 199,432.68). You could get tips for writing articles and comments, which are paid in Bitcoin Cash (BCH) cryptocurrency, which can be spent on the Internet or converted to your local money.

It's December 2, 2020. It's quiet....too quiet. Uncertainty hangs in the air we breathe. City streets once full of people lay barren across the country. Countless small businesses are shuttered, maybe more than 60% of them won't be re-opening.

Now, I know what you're thinking: The entire fabric of western society won't fail because of corporate consolidation of resources.

As if that has ever been remotely true. Ever since the creation of the first corporations, there were always supposed to be rules by which they operated their businesses and financial accounting standards that were intended to create a more level playing field for different countries to compete with each other. The common measurement used in the West today is GAAP (Generally-Accepted Accounting Principles). As if there's anything acceptable about the way that corporations easily evade taxes the world over, whether it is by deferring income to a later date. How is that even allowed? You make the money in a single year, you are SUPPOSED to tell your shareholders what your financial results were, but it's so easy to manufacture statistics these days, just look at General Electric and Boeing. I digress.

This isn't your standard run-of-the-mill corporate consolidation, though. This is a global power-grab orchestrated by special interests that seek to corner the global rental residential property market.

Once again, I know what you're thinking: That's just a conspiracy theory. Implying anyone could corner the ENTIRE global residential property market sounds silly. There's too many competitors and there's too much property to responsibly manage at that scale (think trillions of dollars-worth of housing that people all over the world depend on for their own survival).

Well, that's unfortunately where you miss the underlying issue: I never said anything about anyone acting responsibly. This is incredibly irresponsible. For those of you whom closely follow US domestic economic affairs, you're probably familiar with what I'm about to say. The current secretary of the treasury, Steve Mnuchin, saw to it that his real bosses at Goldman Sachs & his buddies at BlackRock got an unreasonable amount of money in bailouts, in the CARES Act. BlackRock is the world's largest asset manager, they have over $7.38 Trillion in Assets Under Management. That's like the equivalent of owning all the land in multiple states in the US. I'm not saying that privatization of property is a bad thing, but allowing top-heavy concentration of ownership among the very wealthiest funds in the world is incredibly ignorant considering all history has to teach us.

In 2008, the United States "entered" its worst recession since 1987. Back in those days, Bitcoin hadn't even been released into nature, gold was barely half its current value per troy oz. The Dow Jones Industrial Index, the S&P500, and the tech-heavy NASDAQ all plummeted. The American public was gripped in a fear unlike anything I'd ever seen before. People were panic-selling on a daily basis. In the eyes of a 15 year-old teenager without money or power, all these headlines were just that: headlines. I didn't understand the despair that had washed over the entire country, for decades before I was even born. I didn't comprehend how much damage had been done to the US economy, until I took a plunge into the abyss of the Red Pill.

Fast forward 12 years, and here we are again.

In March, the global markets panic-sold-off. Investors who were holding equities before March 18 got gut-punched. I took a 40% haircut in 2 days on my total portfolio. And like clockwork, what did the big ole government do?

They made the same exact mistake they made 12 years ago. Instead of putting purchasing power in the hands of the people who needed it the most, you know, the vast masses of Americans who were trapped working multiple jobs, getting no benefits, being denied healthcare, and those who were stuck in the rental game, signing yearly lease after yearly lease, not knowing whether they would be able to stay in the same place for more than a year at a time.

Those people were ignored by Congress, and it should come as no surprise to those of you who closely follow the "lawmaking" body's work. Congress exists to ensure the safety and survival of the wealth and assets of the special interests; their job does not involve helping anyone who desperately needs help.

As an historian, I have studied the decisions made by past "leaders" and "economists" who have steered the United States through economic recessions and depressions. I've noticed successively-worse choices picked over the more logical ones. In the late-1970s, the US had high inflation, so what did the Federal Reserve do to take down inflation? Paul Volcker raised rates all the way above 18%. I'm not here to point fingers at who was responsible ultimately for choosing to wipe out purchasing power of the USD, but nonetheless, it happened. Purchasing power of $1 USD has plummeted over 97% since 1913, there are no such things as coincidences.

Now, you can't even get 2% interest on a savings account from a bank. 30-year fixed-rate mortgages in the US are at a near-all-time low, if not, making new all-time-lows. If you can get 2.72% for 30 years, there's little real incentive for a bank to give a mortgage like that, when they could buy shares in Real Estate Investment Trusts that yield over 7% annually. There is a very real imbalance in value relative to the US Dollar.

Back to the current problem at hand: How do 28-40 million Americans, who are delinquent or not current on their mortgages or rental lease obligations, pay back all the money they owe to their landlords? I don't know about you, but the average American worker, before the economic shutdown began in March, was making less than $40,000 pre-tax per year. $40,000/year pre-tax amounts to around $28,000'year after taxes, but before paying rent or a mortgage, food and grocery bills, monthly auto & auto insurance payments, utility bills, gasoline for your vehicle (if you have one). You get the point. Most Americans were being squeezed every single month when it came time to choose between paying rent and buying food to feed themselves and their families. How are they going to pay months-worth of owed rent starting next month on January 1st, 2021?

Does anyone in the US government understand what is going to happen when those tens of millions of Americans are evicted from their homes and left to the streets? Let me just say, there will be far more chaos before anything is resolved.

Now, speaking of monthly expenses, there's something that stood out to me a few years ago. New car costs have dramatically risen since 2008. New car sales have not kept up with used cars, partly as a result. The US domestic manufacturing economy is dominated by the Big 4 automakers, who all produce a large quantity of new vehicles each year. If the average American worker was doing so well, how come there are hundreds, if not thousands of acres of filled car lots across the United States, of unsold new vehicles? Doesn't it appear that there is a purposeful surplus of new vehicles being produced by the automakers, simply to fill quotas? What adds even further to my concern, is the sheer amount of 90-day-delinquent auto loan debt that was stacking up before March. That auto debt did not magically disappear. It's still there, weighing down the purchasing power of the average American, because they have been convinced by the media that they must drive a brand new car.

Auto loan debt is a hidden killer, because if you default, you lose your vehicle, which was the reason you went into debt in the first place! It's almost like these loans are predatory in their very nature, because the biggest financial arms of the automakers, like General Motors Financial, know that many customers will likely default on their payments. However, this does not matter to the automakers, because, they've already sold the vehicle to the dealership. They made their money, added to their bottom line, lined their pockets with stock options, and then wait for the wave of repossessed vehicles that will undoubtedly fall back into their possession, and then, rinse and repeat.

Here's a friendly warning, to those of you who might be watching the events, outlined above, unfolding:

Regardless of who you chose to sit in the big boy chair in the big white house on Pennsylvania Avenue in Washington, D.C., you will be affected by what is coming, one way or another. If you are poor, you'll be at risk of eviction and homelessness. If you're wealthy, you'll be at risk of losing your tenants, and therefore, your cash-flow, and you might have to sell off the properties in an attempt to recoup all the losses that will be incurred by 9 months of unpaid rent.

If you're a corporate landlord, you will lose your retail stores to e-commerce business. E-commerce already dominates China and much of North America and Europe. It's only a matter of time before wealthy business interests realize (if they haven't already) that they don't need to shell out thousands (or *shudder* millions) of dollars per month to have a brick and mortar store to acquire revenue. The Internet 2.0 is being replaced by the Web 3.0, a new and improved platform upon which to conduct global commerce in multiple currencies. This Black Friday demonstrated that brick and mortar stores aren't required to produce billions of dollars in sales.

Americans will continue spending money, but, at what cost?

Sponsors of R3dbeard
empty
empty
empty
Become a sponsor
Get sponsored
6
$ 3.28 from @TheRandomRewarder 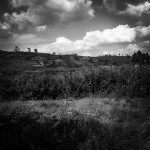