Art from the depths inside

Through my entire life, I was pretty creative.

As a child I filled folders of drawings and paintings.

During my time at school, I was always the one that "pimped" hand-outs with some patterns around the borders. Had a notebook in my bag to draw in during breaks. As I grew older, my work got better. I attended in comic contests. Signed up for a cartoonist community where I published my first small series of single panel cartoons. Attended in coop-projects and art battles. Even had a few images posted in a magazine.

This was one of my first big digital artworks back then.

Looking back now, I realize, a lot of it was to fight my inner demons. On the outside, I went through a lot of phases. School, being the kid that got picked on by the others for being different. Stopping giving shits about others. Sliding into self-harm to distract from the inner pain. Becoming an apprentice for a decent paying job. Teenage rebellion. Making new (and sometimes wrong) friends. Having the first girlfriend. The first breakup. The first meltdown.

All that made me pretty numb, cold and misanthropic. And my art reflected that. A lot. 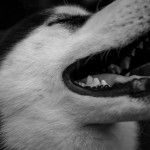 Written by Nachtkater
3
Always wanted to be a comic artist. Became a developer instead. Metalhead. Investor. Fight... [more]
4 weeks ago
Topics: art, Health, life, voodools
Enjoyed this article?  Earn Bitcoin Cash by sharing it! Explain
...and you will also help the author collect more tips.