Since I have been living at my cousins flat, I have had knocks on the front door at different times at Midnight and 2am. And when I look through the peep hole, there's no one there.

The knock is always the same way. It's a weak knock that can be identified as either a child or a woman's.It never happens during the day.

I am usually alone when it happens, but yesterday at Midnight my eldest cousin was with me and she heard it too.She got up and looked through the peep hole no one was there.

There was one time when I was alone, it was at 1:00am and that knock came and it was a woman who knocked because she said hello. It was only a matter of seconds from me getting up to look through the peep hole and the knock and the voice saying hello, when I looked there was no one there.

This has happened at least 3 times a day and I have been visiting her flat for almost 10 years or so.

Since this place is not too busy so when it first started happening I didn't think anything of it cuz I just thought they had the wrong room.

Since we have had quite few visits from the police and paramedics, I thought it was due to all the people who either OD or have died. Those incidents are no where near our floor.

I know about certain things to watch out for.

I used to listen to the security guards and they said at one time, people will get a knock and there would be children with Black eyes and want you to open the door so they could stay there with you and haunt you, but I have never seen them or anyone standing at my door after a knock.

It happens thrice in a day.

Anyone have a idea what I keep experiencing?

I keep on seeing shadowy people.

This happened last January and is been happening until now. Out of the corner of my eye, I would see shadows passing by. One time, I was plugging in the internet when I saw a shadow of what appears to be a kid pass by my window. I looked outside and there was no one there. I told my brother about this and he said maybe it was the neighbor's kid playing tricks on me.

Another time I was doing the laundry when, out of the corner of my eyes, I saw two freakish black like shadow hands reach out from the folded clothes. I immediately turn around to look but it was gone. This scared the crap out of me and made me turn all the lights of our house. It would also happen when I'm putting the folded clothes in the closet.

This happens quite a lot so my parents insisted on me consulting a psychiatrist thinking I may have been developing some kind of mental illness. Good news is that, I was negative on all tests except for depression and anxiety.

So the doctor gave me some pills saying it would take care of the shadows I've kept on seeing. Well I guess the pills ain't working because I still see them. The doctor doesn't believe me when I say that maybe some kind of paranormal activity is going on. She keeps on insisting that it's because of my depression and anxiety. But honestly, I'm good at all and don't feel depressed or nervous or anything. 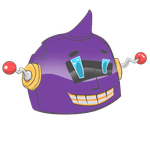 Written by
MysteryGirl21
MysteryGirl21
3
No bio yet...
3 weeks ago
In community: Open For All(cc80)
Enjoyed this article?  Earn Bitcoin Cash by sharing it! Explain
...and you will also help the author collect more tips.