read.cash is a platform where you could earn money (total earned by users so far: $ 202,012.52). You could get tips for writing articles and comments, which are paid in Bitcoin Cash (BCH) cryptocurrency, which can be spent on the Internet or converted to your local money.

What makes Bitcoin Cash more valuable than other cryptocurrencies?

One example of superior elastic demand on Bitcoin Cash is this app right here, read.cash. Read.cash might not be distributed like Steemit, but it's user-friendliness and good marketing as a writing platform with easy donation-capability makes it a superior product that more and more people flock to. Merely by having read.cash exist on Bitcoin Cash, it gives a Bitcoin Cash that smidgen of greater value.

The first thing to look at is block producer distribution. All that matters is how many block producers it takes to 51% attack the network. In Bitcoin Cash, it's usually around 4 or 5. In other cryptocurrency networks it can be less.

Finally, we need to look at the history of deep reorgs, chain rollbacks, and chain freezes. Cryptocurrencies that have these in their past signify fundamental centralization, even if the design reasons for such an event to occur is hard to objectively ascertain.

Lack of Opportunity Cost: Cheap and Easy to Use

Even if something had all the elastic and inelastic demand in the world, the largest network effect, and the greatest censorship-resistance, the inability to transact with a cryptocurrency cheaply and easily would be to it's fundamental detriment, and people would seek out substitute goods. The amount of opportunity cost one is willing to bear in a transaction is directly proportional to one's perceived benefit of transacting. Opportunity Cost isn't just expensiveness of fees or how long it takes for a block to confirm, but it's also the time taken out of your day, as well as the energy and mindshare extracted from you. If using cryptocurrency had no benefits above using fiat, then people wouldn't use cryptocurrency.

Bitcoin Core (BTC) seems to be the prime example of a cryptocurrency with all the desirable properties as an investment listed in this article, aside from opportunity cost. As a result of the network congestion on BTC, BTC fell from around 90% cryptocurrency market dominance to 50%, and only time will tell how long it can hold it's throne before being usurped.

Cryptocurrencies with a strong presence of both superior elastic and inelastic demand, superior network effects, superior censorship-resistance, and superior cheapness/efficiency are fundamentally the best cryptocurrency investments. Bitcoin Cash is best described by the combination of all these qualities, and honestly I don't know if a second-best option exists. 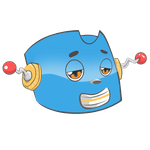 Written by
J-Stodd
J-Stodd
13
No bio yet...
11 months ago
Enjoyed this article?  Earn Bitcoin Cash by sharing it! Explain
...and you will also help the author collect more tips.

My Statement on the November 2020 Hard Fork
Fixing Incentives: The Miner-Activated Dev Fund would have prevented the formation of Blockstream.
A Message for all Bitcoin ABC Supporters