HISTORY BCH: I will tell you the story of Hetty Green,"The most stingy person that has ever existed"

Hetty Green was born in 1834 under the name Henrietta Howland Robinson, and as a child she began to learn business from her father, who had made a small fortune from whaling.

Whale fat was a widely used fuel, but everything changed when the Fire Nation attacked. (The Fire Nation is the magnate John Rockefeller who started pushing the use of fossil fuels like oil and kerosene) but that is another story.

Little Hetty spent her childhood reading stock reports and learning everything about the world of finance. She was so good that at 12 years old she already managed the family accounts and gave her father investment suggestions.

In 1865, his father dies and he inherits almost all his fortune that amounted to 7.5 million dollars (Something like today's 100 million dollars) Hetty, who was then 30 years old, had not managed to marry and the society of the time saw her as a spinster.

One day she found out that her aunt had also inherited a few million (2.5) and since her father's sister did not need the money, she announced that she was going to donate the money to charities and help orphaned children and families in need, when Hetty learned the news sued her.

Surprisingly she won the trial (they say there were bribes in the case).

She began to invest her father's money and with her good eye for business, she managed to go from having 7.5 million to 200 million dollars, almost 4 billion today.

She was the richest woman in the world.

When she was 33 years old she married Edward Green, a businessman who she forced to sign a prenuptial agreement where she made it very clear that each one owned their property and they could never ask for or use the other's money.

The couple moved to New York, but when Hetty learned that she could evade taxes if she went abroad, they moved to London.

They lived in a small hotel where their 2 children were born until fed up with the situation Henry took the family to her hometown, Vermont.

He had faithfully followed Hetty, cared for her, and carried out her follies, it was time for her to help him and be understanding. Sad Henry told him of his situation.

Hetty realized that her husband was no longer going to support her and that surely even borrowed money was going to ask her to recover her investments, so she filed for divorce and threw him out on the street.

She left for London where she lived in hotels and did not return to the USA until she was sure that her husband did not want to fight his money.

When she came back she found out that Henry had a heart condition, and she went looking for him.

He could not afford a nurse, so with her millions she decided to do something, finally he was the father of her children, she told him that he would get her a nurse.

But she took him to live in the small hotel room where Hetty lived and told her that she would be his nurse.

With her loving care and nursing skills, Hetty took care of her husband.

And she died within a few months.

She stayed with her daughter and son who she moved from one place to another so as not to pay taxes, then she went to live in a small room in a seedy hotel to rent her houses.

Her wardrobe consisted of a single black dress, she washed it herself to save water and only washed the bottom that came into contact with the floor.

She bought a new dress every time the one she was wearing was falling apart and it was impossible to mend it.

They are going to wonder what he ate, because he went to the market and bought food that they were about to throw away or almost stale vegetables, when he couldn't find he bought oatmeal and heated it up to eat it later.

One day they saw her walking around the city looking at the ground, so she stayed up all afternoon until the wee hours of the morning, when she was asked what she was doing she said she had lost a postage stamp and since she did not want to pay another 2 cents, she would not leave until she found it .

One afternoon her son suffered playing a slight knee-high wound, took him to a charity clinic where he was recognized and denied service unless he paid a few pennies.

Furious and offended, she took her son to take care of herself.

But let's remember that she was not the best nurse in the world and it ended badly for the little boy who ended up with a seriously infected leg that had to be amputated.

She successfully invested in real estate, gold mines, railroads, property rentals but to save money, she improvised her Wall Street office using a bank desk where she had all her fortune.

She was known as "The Witch of Wall Street"

In order not to pay a secretary, she carried 2 large bags with all her files and documents, that left her spinal damage so serious that she had to undergo an operation

She only had to pay $ 150 for the operation, but she refused and preferred to take care of herself.

Despite the fact that her son secretly hired real nurses, Hetty died shortly afterwards because one day she had a dislike so great that it ended in a stroke.

As soon as Hetty died, her son extravagantly spent his entire fortune

His daughter, on the other hand, had a great life but also invested her money quite well, leaving 200 million dollars that she donated to charities, churches and hospitals after she died in 1951

The end for everyone is the same, the road is what matters.

We invite you to be part of this good campaign: We are feeding needy people in a street situation, all the funds raised in this publication are destined to buy food to be donated.

Along with Bitcoin Cash Changing the Life of 90 people.

We continue donating food to needy people on the street. Thanks to BITCOIN CASH!

Sponsors of Hermansanchezg
empty
empty
Become a sponsor
Get sponsored
17
$ 1.19 from @TheRandomRewarder 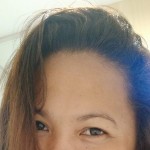 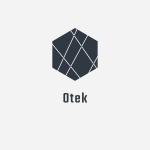 Written by
Hermansanchezg
Hermansanchezg
124
m
3 months ago
In community: History(7dd2)
Enjoyed this article?  Earn Bitcoin Cash by sharing it! Explain
...and you will also help the author collect more tips.