read.cash is a platform where you could earn money (total earned by users so far: $ 200,624.57). You could get tips for writing articles and comments, which are paid in Bitcoin Cash (BCH) cryptocurrency, which can be spent on the Internet or converted to your local money.

[WP] "I wish, it would be different," she said as she presses the barrel of her gun against his head.

[WP] you were dared by your friend to say "I know your secrets" to a random girl So you did the dare and think nothing of it but later in your house someone knocked on the door you opened and surprisingly the girl was there and said "what do you know about me".

Blaring lights, booming music, yes. That was what college parties were all about. Or so my batchmates said. I never understood why college people came alive so much in such parties but looked so lifeless in class. Such as the group of friends I somehow miraculously established

"Hey, hey Jake. Look at that chick there" It was Tim that spoke, bottle in hand. He was the mischievous one among us. And was the one always on the lookout for girls yet girls kept staying away from him.

" Feel like he would be Jake's type" It was Sylvester this time that spoke. He was the trickster, always one to pull pranks and make dares. I was never safe with him around

"Maybe you should go talk to her" Last was Flynn. The only person I would call normal in our abnormal friendship honestly.

They all booed in unison and instead of putting the teasing to a stop, It instead somehow inrensified the teasing.

"I have an idea. I dare you to go and tell her 'I know your secret'" With that suggestion, I wasn't even sure if Sylvester was up to his usual antics or if it was the alcohol in his system that was already speaking.

What was more saddening was that after the suggestion, they seemed to love the idea and kept pushing me towards the girl until we had collided with each other. It was unfortunate that her drink spilled over her shimmering black top but instead of throwing a fit like any normal girl would, she just smiled at me and told me it was fine.

Of course, I helped her clean up a bit.

We headed to the bathroom where she wiped off the liquor that spilled over her skin whilst I did what I could to kind of, let tissue paper absorb whatever liquor had soaked the top

"Hey, I'm really sorry about bumping into you" I glanced at the mirror, smiling apologetically as she emerged from the shower stall

"It's really fine, you didn't have to lend me your hoodie, it's pretty cold out" She walked towards me until we stood side by side. She was watching as I continued to dab the cloth with tissues

"I'm still sorry. Especially since I already know your secret"

The look on her face was one I can't even describe. The mix of shock, fear? I didn't dare want to find out what more her features could portray when she muttered "What do you know" under her breath.

I had made a run for it before she could even face me. I didn't even bother telling my friends that I was headed home. Adrenaline coursed through my veins as I immediately made a run for it as soon as I escaped the house the party was being held.

Lucky for me, my house wasn't that far from here. After a good 20 minutes of half running and breaking into a jog, I arrived home, locked the door and slumped down on the floor, exhausted from what I had just done. I made a mental note to myself that a woman's anger is probably one of the most terrifying thing I have ever witnessed in my life.

I wasn't sure when I had fallen asleep that night but I woke up to the sound of knocking on the door. The door which was just behind me.

It didn't occur to me to check who it was that was knocking so the moment I opened the door, I was greeted with the very girl I was running away from last night

"What do you know about me?" Her expression was grim. Dark circles lingered under her eyes. She probably didn't sleep in the attempts to hunt me down. "Speak!"

I yelped at her demand, raising my hands in a defensive manner "I-I don't know what you're talking about" I pleaded, but she kept inching closer until I heard the door slam and the locks click.

"Speak or I'll shoot your brains out" I was late to take notice of the gun she held in her left hand. It only dawned on me when the cold metal barrel pressed against my head. Chills ran down my spine, and so did the tears that flowed down y cheeks as I begged her not to shoot "I don't know your secret! I was just dared to say that! Please!!!!"

"You could be saying that. And I thought you were cute too"

I didn't know I was backing up way too much until my back hit the corner. I had no chance of escape anymore

"You knew I was a drug dealer, didn't you"

I shook my head frantically. And as much as I was in shock, I don't dare add more fuel to her rage

" I wished it would have been different and that you never discovered this secret" With the pull of her trigger, blood splattered across the walls. "It's nothing personal. But loose ends while keeping a college student cover is bad for business.

And with those final words, she walked out of the house as if she had done no wrong.

Also... kinda wanted to ask if you guys could help out a bit with financial stuff. I made a huge mistake last year 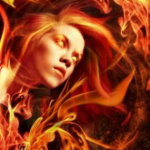