Unmasking Petro, a Crypto scam created by a dictatorship.

A "Cryptocurrency" created by the socialist dictatorship of my country Venezuela, it began its official circulation on February 20, 2018, almost two years after its announcement.

The dictatorship describes Petro not only as the country's second accounting unit, but as the "cryptocurrency" of the future, which is clearly a serious mistake, because Petro does not comply with any of the principles and values for it be determined as a cryptocurrency Reliable

Why do I say this? well, I will leave you a list of the very serious mistakes and differences that make up the Petro.

All this and more is what Petro has been involved in since its launch, there are many more things like the use of Petro as a method of money laundering by the dictatorship when it comes to entering money of dubious origin to the country, which has been pointed out by several international bodies.

With this post I seek to inform you and show you the reality that is being lived with this issue in my country, and see that many governments and dictatorships are looking to change the total focus of what cryptocurrencies are, but I am glad to say that we are on the right track even with the problems we have, we are going to very big steps towards our goal. 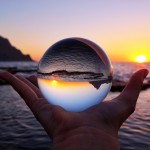 Written by Gersonarellano
24
HELLO EVERYONE, I'M GERSON AND I'M FROM VENEZUELA
5 days ago
Topics: Cryptocurrency, scam, Community, crypto, Economics
Enjoyed this article?  Earn Bitcoin Cash by sharing it! Explain
...and you will also help the author collect more tips.

Could Socialist measures end a cryptocurrency?
My achievements with BCH in a country in crisis.
5 reasons to trust and invest BCH.
About us Rules What is Bitcoin Cash? Roadmap Affiliate program Get sponsored Self-host
hello@read.cash (PGP key) Reddit