Trapped in the school

In my dream, i had some minor health issue that lasted for several weeks. Nothing too serious, after a while i was cured. But i was not able to go around till it was cured. After i was finally cured, i had to travel to an university, which was in a nearby city. I used train usually. However, i forgot to buy the ticket. After i have realized i have no ticket, i got down from the train at a city thats halfway bethwen my home and my destination.

I have decided to buy ticket at that town, and continue my travel, like, if nothing is even happened. To go to the ticket office, i had to walk a kilometer or so. The station i got down, was used mostly by schoolkids, and the road was circling around the highschool. I decided to shortcut through the yard of the school, which was full of buildings and various playing fields for soccer, tennis, basketball, and who knows what. The field was full with kids. I passed bethwen them while they was playing around.

As i was passing by, the whole school seemed bigger and bigger. I was realized i was wandering for a hour now, and i still just in the middle of the fields. Finally, i approached the school building. At this time, the school building was almost as big, as the whole city. I decided that i will not go around, i will go into the school, and come out at the other side.

The school was nice in the inside, however, i was just walking and walking... But the school just became bigger and bigger even what it originally seemed. Rooms after rooms, floors after floors, i was basically just not able to get out. I was trapped in the school, and my major priority was to get out from that building. I started to search for the way out, but it was useless.

At a point, i have witnessed something interesting. A security guard of the school had catched an old, fat, bald man who was harrassed the students. He grabbed him, and dragged him to a door, and tossed it outside. I tought, thats my chance. I went to the security guard. I told him that i want to tresspass, an i am searching the way out. I assumed he will throw me out too, so i will finally be able to leave.

But a different thing has been happened. The security guard refused, and told me that obviously i am a schoolkid and i should not troll him. He will not let me out, becase i am a schoolkid. I told him, no, look at me, i am a grown man. Well, actually i really look like a schoolkid. So he laughed at my attempt, told me to go back to my class, and closed the door, and he walked away. I just grabbed something, went to the door, and break out the glass on the door. I stepped out to the fresh air, i was free from the school.

Then again, i started to walk back on the way i have walked in. There was all the sport fields, full with students. As i have trespassed, i have walked through a basketball match. Which just got over. As i walked by, they tossed the ball at me, which i catched by reflex, then i threw it away by reflex. It went right into the basket. The viewers started clapping. Then all the light and camera was directed at me. The loudspeaker told the following: and with this score, the whatever-boy team won the match, and then the whole TV was showing me, holding the ball, like if i were part of the team.

I have quickly started to explain, that i am a grown man, i was just accidentally walked here, i am not a player in this team. They told me to stop trolling, obviously i am a schoolboy, as i look like one, and i saved the team with that score. With probably my first and last attempt to throw a basketball in my entire life. And i was just standing there, like: eeew shit, i will not come to this city ever again :D 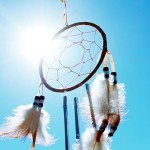 Written by Geri   23
http://Maker4D.uw.hu/index.html
5 months ago
In communities: Dreams (bf25)
Enjoyed this article?  Earn Bitcoin Cash by sharing it! Explain
...and you will also help the author collect more tips.