read.cash is a platform where you could earn money (total earned by users so far: $ 198,960.16). You could get tips for writing articles and comments, which are paid in Bitcoin Cash (BCH) cryptocurrency, which can be spent on the Internet or converted to your local money.

Written by
Fahmida12
Fahmida12
53
All is well No bio yet...
1 month ago
In community: Any post are allowed(c2a0)
Topics: Story

Lily and Rose were the best of friends. They met each other in year 2 and have been closer than siblings for 10 years. There dream is to grow up and start a pet buisness together. In year 11 of highschool Lily and Rose were getting lunch at the canteen. As Rose was about to sit down, she fainted to the ground. Lily and all the other kids around the table gathred around. The next day Rose woke up and found her self in a hospital bed. She saw her mom and Lily sitting there, smilling at her. Suddenly Lily teard up and ran outside the room. She asked whats wrong and her mom told her that she was so happy that your ok. Soon Rose hugged her mom. As they were hugging, her mom also nearly cried, but Rose didnt know.

Three hours ago, the doctor was talking outside to rose's mom and Lily. Its sad news, she said. You daughter has Leukemia, a blood diseas. Her mom gasped and asked her if it can be treated, whilst all that was going on, Lily was standing in place trying not to cry. The doctor told Rose's mom that its too late and that she doesnt have long to live. Her mom told the doctor that Rose shouldnt know about this, but the doctor kept telling her that she needs to know soon. Lily and Rose's mom decided that they will try there best to make her very happy today, and tell her tommorow. Them three got out of the hospital and went to a cafe. They chatted, had cake and Coffee. Rose needed to go to the bathroom.

Rose's mom and Lily were alone on the table. "I cant act happy anymore miss Rebecca, Rose is dying and I can feel pain in my heart" said Lily. The mom hugged her daughters best friend, and they both started crying. Out of no where Rose came and said to them, what do you mean im dying, with a terrified expression. Her mom tried lying to her, but it didnt work. "mom your both crying, so this has to be true". Rose cried and ran off, but Lily ran after her and Rebecca stayed there on the Chair, in the cafe crying out loud.

The next minute Lily was chasing Rose on the foot path, telling her to stop, Rose ran across the street and when Lily tried to follow her, out of no where cruised a white van and hit Lily. Rose heard the crash and quickly turned around. She kneeled to the floore and screamed, there on the floore was her best friend bleeding really badly. Five minutes later, Lily was in a ambulance rushing to hospital. Rose was also in the ambulance begging that Lily would be alright. Suddenly Lily said something to her best friend before shutting her eyes for eternity "your the best thing that happend in my life".

The next day Lily and Rose were burried. Six hours before, Rose was in her bed looking pale and feelings life less. Rose called her mum up to the room and told her "looks like its time for me to go to mum, Lily wont be alone" . Rebecca started crying really hard. She decided to go and get a cup of water for Rose. A few moments later when she came back, her belovered daughter was lying there dead. She dropped the glass of water and screamed on the top of her lunges. 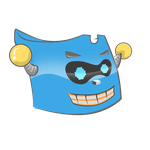 Written by
Fahmida12
Fahmida12
53
All is well No bio yet...
1 month ago
In community: Any post are allowed(c2a0)
Topics: Story
Enjoyed this article?  Earn Bitcoin Cash by sharing it! Explain
...and you will also help the author collect more tips.