How has Bitcoin Cash changed your life?

I was inspired to start this conversation because of @gersonarellano's post about his achievements because of Bitcoin Cash.

Let me share my story of how Bitcoin Cash has changed and shaped my life. For this, we need to go back to 2012, when things were very different. I had just discovered a subreddit -- /r/bitcoin -- whose slogan was "Magic internet money".

I was intrigued, which means I also had a lot of questions. How does this all work? What's a blockchain? Who is Satoshi -- something tells me I wasn't the only one wondering about this. What is the Byzantine Generals Problem? Is decentralized peer-to-peer electronic cash really possible? Needless to say, I dove right in to try and quench my unquenchable thirst for more Bitcoin things. I downloaded bitcoin-qt and tried to mine with my cpu (Spoiler. It didn't work). From that moment on, I was enthralled by the power and potential of Bitcoin and cryptocurrency. From that moment, I was convinced that Bitcoin would be the next revolution. I would talk about it to my friends, to my family, and I wouldn't -- no -- I couldn't shut up about it.

One question that continued to nag in my mind was about transaction fees and whether or not Bitcoin could really scale globally. Satoshi wasn't worrying about it, and my fears were assuaged by the fact that Gavin was advocating for a quota of free transactions based on coin days destroyed.

I'm not exactly sure when I started worrying about Bitcoin not being able to scale due to the 1MB block size limit and the core developers inability or lack of desire to address the issue (probably around 2014 or 2015). I still remember how I felt the day Mike Hearn left the community. I remember the censorship and fall of /r/bitcoin. I remember a specific conversation with my father about Bitcoin and Ethereum, expressing my frustration over the dead-lock that Bitcoin was in due to the scaling debate. I remember being nostalgic about how simple it all had been back then.

For the first time in years I stopped reading /r/bitcoin, and had completely lost hope in Bitcoin. In 2016, Ethereum was showing a lot of promise, but the fact that there was no limit to how much Ether could be in circulation did not sit right with me.

In August 2017 when the first viable fork of Bitcoin came to life, my interest in crypto was finally reignited. I remember the shit-storm that SegWit2x was and how I was so ... relieved that there was a version of Bitcoin without SegWit. I knew this fork of Bitcoin would be the best candidate for p2p electronic cash. I knew it would change the world and empower the people.

Bitcoin was back, and so was I.

Tell me your story. 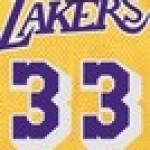 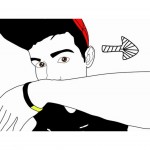 Written by F.B.
20
m
No bio yet...
2 months ago
Topics: Bitcoin Cash, Cryptocurrency, Blockchain
In communities: Bitcoin Cash (e11c)
Enjoyed this article?  Earn Bitcoin Cash by sharing it! Explain
...and you will also help the author collect more tips.

The Values of Bitcoin Cash, Or How To Lead The Revolution (Without The IFP)
IFP? More Like Why FP
About us Rules What is Bitcoin Cash? Roadmap Affiliate program Get sponsored Self-host
hello@read.cash (PGP key) Reddit