Written by
AnsleyLivy
AnsleyLivy
149
By writing I feel more alive, I can tell many things.
2 months ago
In community: Write(8bc0)

If you've read my previous posts then take a look at this amazing super-computer concept called the Matrioshka Brain. What's bigger than Jupiter? Sun of course. What if we turned the Sun into a supercomputer energy source and made that computer so that it reaches the orbits of a planet, like Earth or even Neptune? What can he do?

Okay guys, I hope you guys remember the previous discussion about the Kardashev Scale, you know, the scales of an alien civilization from the simplest to the most sophisticated. In his theory, Nikolai Kardashev limits the types of alien civilizations to 3, namely Type 1 (Planet), Type 2 (Star), and Type 3 (Galactic). The more advanced the type of civilization, the more sophisticated the technology, even capable of interstellar travel in outer space. However, Michio Kaku, an expert on String Theory, believes there are two further types, namely Type 4 (Universe) and Type 5 (Multiverse).

It might be hard for us to wonder if humans can reach Level 4 or 5. After all, with our current technology, we are only ordained in the Type 0.7 (not even 1) position. But the question now is, what if humans are actually superpowers that have reached Type 4, even 5?

So hard to believe. But if you understand Simulation Theory which I described in the previous two posts, then it shouldn't be too difficult to digest my previous statement. Let's just say that we are actually the "ancestors" or ancestors of mankind who have reached the "post-human" stage. First of all, let me explain the stages if you are still having trouble accepting the "post-human" concept.

Our bodies now (as humans) are still limited by flesh that is fragile and vulnerable. Someday, if we have reached the advanced technology (maybe Type 1, 2, or 3), we might be able to modify our bodies to make them "durable", the term is "trans-human". For example, we can manipulate our genetics or even combine our bodies with machines (become "cyborgs") in order to live as long as possible. If we have reached the “post-human” stage (Type 3 and above, perhaps) then we will no longer be limited by our flesh and blood bodies. We will reach a stage where all that remains is our consciousness and intelligence, without the need for a physical body.

If we reach the post-human stage, what will we do? What can be a "marker" of how sophisticated our technology is to prove that we have reached the highest level? The answer is to create a very smart computer that is even smarter than a giant computer. We would call it the "Matrioshka Brain" and it could be said that if we could create it, it would be the pinnacle of our technological glory. Matrioshka's brain will be our "End Game", because we won't be able to create anything more advanced and sophisticated out of it. Computers may be so sophisticated that they can answer even the most difficult questions, such as does God exist?

But what is Matrioshka Brain?

If we have reached Level 2, according to Freeman Dyson's theory, we will be able to build a "Dyson Sphere" (I explained in the previous article). But the question may arise, if we can make a Dyson Sphere that can harvest all the energy that comes out of the sun, what with that much energy?

In 2008, a physicist named Robert Bradbury came up with the idea to build a giant supercomputer called the Matrioshka Brain around the Sun that is driven by energy emitted from stars. The trick is to "stack" several Dyson Spheres on top of the other Dyson Spheres so that layer by layer absorbs solar energy more efficiently, making it look like a Mathryoska doll. Mathryoska dolls are typical Russian dolls that can be superimposed on each other inside other dolls.

How many layers are there? but seriously, we can make Matrioshka Brain as thick as possible. In fact, the thicker it is, the more energy efficient it is, the more sophisticated it becomes. Because according to the plan, this Dyson Sphere will be made "hypothetical" (aka not yet discovered, like the nano robot in the previous episode) called "computronium". Each computing unit will become a computer which when connected to other computers will create a super sophisticated computer network.

If we, for example, want to get the Matrioshka Brain to reach Earth, then logically we must "get rid of" the planets Mercury and Venus, which are located between the Sun and Earth. But calm down, they won't "die" in vain, because we can use the materials on that planet as raw material for our Matrioshka Brains. We could even mine all the planets in our solar system and build a Matrioshka Brain to be called Pluto, so that we would build a computer the size of our Solar System.

But wait, if we covered the entire Sun with a Dyson Ball in layers, wouldn't Earth be affected? Sunlight won't reach Earth, we all die, right? Then, if we make Pluto, won't we also be destroyed? Our planet will be confined in it?

Well, because it is no longer a priority for mankind when it reaches the “post-human” stage. The ability of hyper-intelligent computers such as giant computers is already so powerful, especially computers as big as the sun, even the solar system. Would we use such a large computer if giant computers were able to predict the future?

The answer was, in the “post-human” sense, they were no longer trapped in their flesh and blood anymore. Only their consciousness and intelligence remains. The trick is to leave our old body and "join" the Matriohska Brain and live in it. Our "post-humans" will extract consciousness from our brains (with technology obviously we would have discovered it if we reached Level 4-5) and then upload it to a giant computer. In it, we are free to simulate whatever life we ​​want. In this "virtual reality", we can live happily ever after without aging, until the universe is destroyed.

That possibility may feel "terrifying" to us. Will one day we be so desperate to live in the machine forever? Will our technological advances, no matter how advanced, still not make us happy? Or is it really our deepest desire to create the most advanced technology to free us from suffering?

Or another question, if we relate it to Simulation Theory, is our life a simulation of a "post-human" being whose consciousness is uploaded to the Matriohska Brain?

If indeed the answer to that question is "Yes", maybe other questions will come to your mind. If it is true that our life is a simulation, then why are we still suffering (maybe some are poor). If indeed post-humans want to live happily ever after, why do they even imitate us who are poor and in trouble.

To answer that we need to go back to 1974, less than five decades ago. At that time a philosopher named Robert Nozick wrote a book entitled "Anarchy, State, and Utopia" in which he conducted experiments. He asked several respondents this question. If he has a machine called "Experience Machine" where if "connected" to this machine, then you will enter into "virtual reality" and will be given a variety of hedonic experiences that satisfy body and soul. However, if you are already "connected" to this machine, then if you unplug it, you will die. That is, you can't get out of this machine forever. Would you? Or would you rather live in a reality where there is sadness and joy, there is happiness and there is sorrow?

It turns out that more people answered the second option. That is, hedonistic life is not the last wish of humans. They want "experiences," both joy and sorrow.

Robert's question may prove that humans want something "real" more than "fake." But we need to remember, that question arose 50 years ago when people were still suspicious of "virtual reality" technology. But what about now? Do you prefer "virtual world" to "real world"? Would you rather look at your phone than the person you are talking to? Even if we enter cyberspace, we can still be disappointed or hurt (if someone does something bad to us). But why are we still fixated on our gadgets if we really prefer the "real"?

Don't blame our "post-humans" if their only ancestor, us, is so "comfortable" living in cyberspace. Don't be surprised either by their decision to leave their bodies to unite with the Matriohska Brain and live forever in a virtual simulation. Perhaps, that way they could feel the millions of lives that their fragile bodies couldn't feel. And maybe your life is one of simulation. 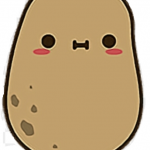 Written by
AnsleyLivy
AnsleyLivy
149
By writing I feel more alive, I can tell many things.
2 months ago
In community: Write(8bc0)
Enjoyed this article?  Earn Bitcoin Cash by sharing it! Explain
...and you will also help the author collect more tips.

536 AD, The Worst Year In Human History
History : Hashashin the myth and figure of the Assassin
Quantum Mind : Where does our consciousness come from?